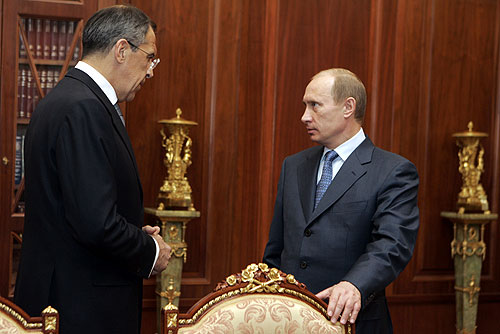 “If we are attacked, we would certainly respond,” Russian Foreign Minister Sergei Lavrov said in an interview with Russia Today, a Kremlin-funded satellite channel. “Russian citizens being attacked is an attack against the Russian Federation.”

Lavrov made explicit reference to Russia’s 2008 intervention in Georgia – which led to the breakaway of two republics, South Ossetia and Abkhazia – and said Russian intervention in Ukraine would be fulfilling international law, not breaking it.

Whether or not Ukraine goes forward with its intention to root out the armed militia groups occupying buildings, its leaders believe they would have Washington’s backing.